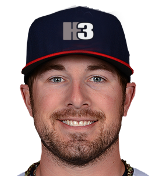 Matt is one of the top pitching instructors in the country. Having had the rare opportunity to be coached by several future Hall-of-Famers, Matt's ability to translate his knowledge of the pitching motion and delivery into an understandable teaching system for players at all levels is unprecedented.

Matt grew up in College Station, Texas, and is a graduate of Rice University, where he earned a degree in Sports Management.

Matt's baseball experience includes playing three years of Division I college baseball. Matt compiled a 13-3 record at Rice University while helping the Owls advance in back-to-back seasons to the College World Series. In 2007, he was the lone Rice pitcher to earn selection to both the NCAA Regional and C-USA all-tournament teams. He was the Conference USA leader in ERA (2.35) and opponents' batting average (.206).

Matt, a right-handed pitcher, was drafted in the 11th round of the 2008 Major League Amateur Draft. He had a 23-21 record in the minors in seven seasons with a 3.01 earned run average and 17 saves. He played for the Cleveland Indians and Arizona Diamondbacks in 2013. In seven years of professional baseball, Matt spent no time on the disabled list. By training correctly, he was able to place himself in the best position to remain healthy.

Matt left Major League Baseball in 2014 to pursue a career in finance. He joined HUSTLE3 Pitching as its lead instructor in 2017.
Go to Main Page